Do you need an OTA (over-the-air) antenna? You might think OTA is an outmoded technology, supplanted by cable and internet TV. But in many areas, you will need an antenna to bring in local broadcast channels. 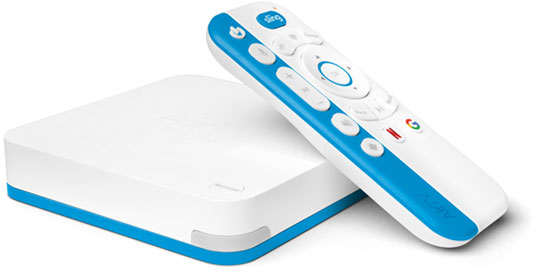 Under terms of a promotion opened on September 13, a qualified customer who prepays for two or three months of service can get a free antenna or a discounted AirTV Player/antenna combination. Based on geographic location, new customers who prepay for two months can get free Winegard antennae (each one a $59.99 value). Prepaying for three months qualifies a new customer for an AirTV Player, an adapter for it, and the Winegard antenna for just $70.00. This is a $119.98 discount from the suggested retail price: $189.98.

The AirTV Player is an OTA/OTT device controlled through Android TV. OTT (over-the-top) means internet streaming video, with content and channel packaging not controlled by a cable or satellite system.

Pricing for Sling TV starts at just $20,00 per month for thirty channels. Several ‘Extra’ sports, news, entertainment, and children’s packages are available for just $5.00 per month each.

Bundle Deals is one of America’s largest retailers of TV, internet, home security, and home automation services. We represent all major providers. Because we are independent, we can give you an objective assessment of the providers and plans that best fit your needs and budget.

(The enclosed image is the AirTV Player.)