On August 15, Sling TV launched desktop streaming of its live TV service. Its customers can stream video via the Google Chrome browser on Windows or the Mac OS without needing extra plugins, apps, or extensions.  With its Chrome version, Sling TV offers live programming for all channels in all of its packages, plus on-demand content. 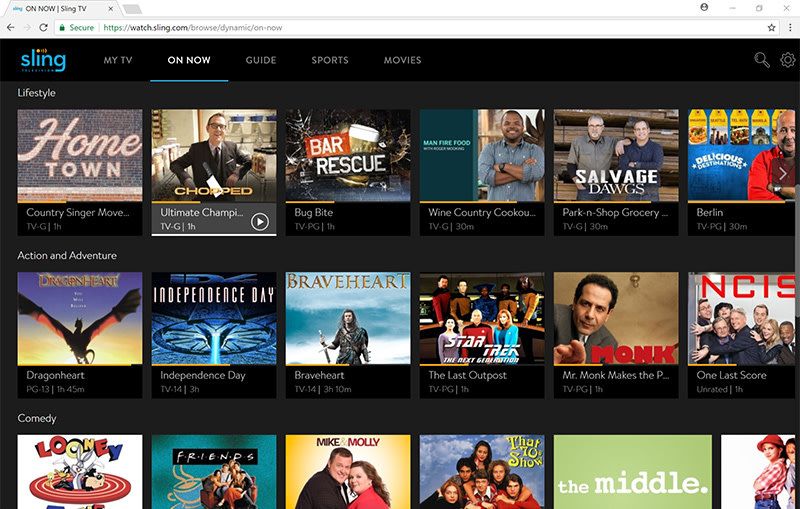 The cloud DVR isn’t available through Chrome yet, but Sling TV says its customers will soon see it and its new, intuitive grid guide on desktops.

The beta version of the viewer will incorporate the My TV and Continue Watching controls, along with parental controls and other account settings.

Dish Network launched Sling TV in early 2015. The new service was a radical innovation in the pay TV market: a semi-independent multi-channel dedicated internet video streaming platform. Customers would not need to sign long term contracts or schedule installations, and would not need satellite dishes, cable boxes, or other proprietary equipment. The devices needed to receive Sling TV were widely available. The basic Sling TV package sold for just $20.00 per month. At first, the basic package was 16 channels, and it has grown to 29.

In addition to the basic package, Sling TV offers several sports, news, and children’s packages for just $5.00 per month each. In most major markets, Sling TV customers also have access to live local broadcast stations.

We are one of America’s largest providers of cable, satellite, telecom, and IP TV and internet, phone, home security, and home automation services. We are a subsidiary of Satellite Country, which has been in business since 1999.

To find the best deals on the home services you want, shop with Bundle Deals. Compare all providers and plans, then order any service with just one phone call.