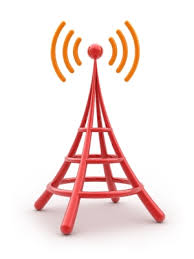 We love our mobile devices. We like WiFi because we have access to it nearly everywhere, and we can connect our phones, computers, even our gaming devices when away from our wired home and office internet services.

WiFi does bring one significant drawback, though. It consumes huge amounts of electricity, rapidly draining the batteries on our devices.

A team of computer scientists and electrical engineers at the University of Washington claim to have found a solution. They have demonstrated that it’s possible to transmit WiFi signals using 10,000 times less power than conventional methods require.

UW’s new system is called Passive WiFi. It consumes 1,000 times less energy than existing ‘energy-efficient’ WiFi platforms, such as Zigbee and Bluetooth Low Energy. The passive WiFi system will transmit signals at up to 11 megabits per second (11 MB/S), and it can be received by any of billions of WiFi-capable devices. Though slower than the fastest WiFi systems, this is at least 11 times faster than Bluetooth.

Besides extending battery life, the Passive WiFi system could foster adoption of completely new communications technologies. Some have been impossible because their energy requirements exceeded available supply.

Passive WiFi  could change this. For example,it could  be instrumental in development of the ‘internet of things’. Home automation applications could track what doors or windows are open, when the children arrive, and what lights or appliances are on. For such functions, though, most people use communication systems other than WiFi because of its high power demand. Joshua Smith, an Associate Professor of Computer Science and Engineering at UW, said, “Even though many homes already have WiFi, it hasn’t been the best choice for that. Now that we can achieve WiFi for tens of microwatts of power, and can do much better than both Bluetooth and Zigbee, you could now imagine using WiFi for everything.”

((For the internet service right for you, shop with Bundle Deals. Compare all providers and plans. Then order any service with just one phone call.)