AT&T is serious about building 5G wireless networks. Two days ago, the telecom giant announced its plan to build the advanced internet systems in three more cities: Raleigh (NC), Charlotte (NC), and Oklahoma City.  In announcing the expanded rollout of these systems, AT&T took a shot at T-Mobile, its biggest rival in wireless services. 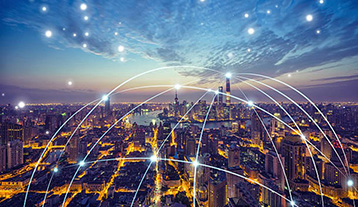 “We’re deliberately launching in a mix of big and mid-sized cities”, the telecom said a in a press release. “One competitor recently boasted ‘New York matters more than Waco’ when discussing their future plans. We politely disagree. All Americans should have access to next-gen connectivity…”

Early this year, Neville Ray, a T-Mobile executive, said in response to AT&T’s announcement of plans to build 5G networks in 30 metropolitan markets, “Why are we in New York and not Waco? Because New York matters.”

Before last Thursday’s announcement, AT&T had said it plans to build 5G networks in Atlanta,  Dallas, and Waco (TX).

Beside developing 5G systems, AT&T is upgrading its existing networks. In last Thursday’s press release, the company announced that its ‘5G Evolution Technology’ is available in  140 markets, and will reach 400 by the end of the year. ‘5G Evolution’ is AT&T’s brand for advanced LTE systems, the precursors for true 5G systems.

AT&T said it has also extended LAA in ‘parts’ of eight cities: Austin, Dallas, Houston, San Antonio, San Jose, Tampa, and Tuscaloosa. This brings its LAA technology to a total of fifteen cities. LAA transmits LTE signals over unlicensed bands of the spectrum. While LAA is not true 5G broadband, AT&T said: “With LTE-LAA, the network has peak theoretical wireless speeds reaching up to 1 gigabit per second on capable devices.”

5G, as its name implies, is 5th generation wireless internet. The current benchmark in wireless service is 4G-LTE. 5G is expected to be up to twenty times as fast, with average download speeds of more than 1 gigabit per second, and with latency as low as 1 millisecond. The lower latency (time lag between the sending of a signal and the response) is expected to enable remote surgery and practical driverless cars with sensitive collision avoidance systems. 5G networks are also expected to feature far greater capacity- up to a thousand times more- than current wireless networks.

(For the best deals in TV, internet, and other home services, shop with Bundle Deals. Compare all providers and plans, then order any service with just one phone call.)