Netflix: Look Out For AT&T 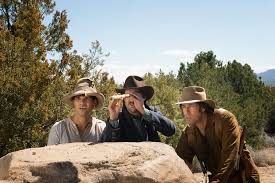 NETFLIX: LOOK OUT FOR AT&T

AT&T, the second-largest wireless service in America, wants to be involved in virtually every aspect of your life. It already handles pay TV, wireless phone and data, wired internet, and home automation services. It will soon be involved in smart watches, heart rate and glucose monitors, self-driving cars, and even municipal traffic management and air quality control.

In the meantime, AT&T evidently wants to be your source for anytime, anywhere, on-demand streaming video. In December, the telecom and wireless giant hinted that it will soon try to compete directly with Netflix. Last week, AT&T said that it will unveil a new video streaming service this month. If it turns out as predicted, it would enable you to watch TV where you want to, on any device you choose.

As more Americans abandon the conventional subscription TV model in favor of watching video on mobile devices, web streaming services such as Hulu and Netflix have prospered. Netflix is the giant in this market, accounting for fully a third of all broadband use in the U.S.

Some cable and satellite TV providers have tried to compete head-to-head with Netflix. Most have failed. Sling TV, a spinoff of Dish Network, has been the most successful such attempt, mainly because it offers live TV in addition to recorded video. The Playstation Vue platform also offers live TV, but it lacks an extensive catalog of older movies and broadcast TV shows.

Can AT&T succeed where others have failed? Its prospects are good, partly because of the gargantuan content library it acquired with its recent purchase of DirecTV. Along with its movie and TV show catalog, DirecTV has rights to the NFL Sunday Ticket and other important sports packages.

Since the merger, AT&T has been aggressively renegotiating transmission rights with major content providers such as ESPN, HBO, Viacom, Disney, and Showtime. AT&T’s principal goal in these talks is acquisition of ‘stacking rights’: access to the legacy catalogs of hit TV shows such as Shameless, Game of Thrones, and Californication.

AT&T has also invested heavily in joint ventures with Otter Media and the Chernin Group to produce its own branded video content.

Can a legacy pay TV provider beat Netflix at its own game? We don’t know yet, but AT&T appears well-positioned to do so.

(For any TV, internet, home security, or phone service, shop with Bundle Deals. Compare all providers and plans. Then order any service with just one phone call.)