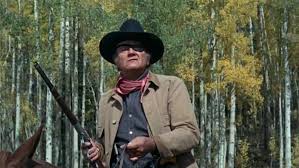 COMCAST: WE’LL OFFER 10 GB/S BROADBAND TO ALL SUBSCRIBERS BY 2018

This is brave talk. Will Comcast be able to back it up?

On Friday, August 21, an executive of the largest cable system operator in the United States said that his company will offer 10 gigabit per second broadband speed in all of its markets by 2018. Robert Howald, Comcast’s Vice President of Network Architecture said that his company will upgrade its entire broadband network with DOCSIS 3.1 technology within two years. Comcast plans to begin market trials of the new network architecture in the fourth quarter of this year. Howald did not say what markets will see the trials.

Speaking to Fierce Cable, Howald said, “We’re testing it (10 GB/S) this year. Our intent is to scale it through our footprint through 2016… We want to get it across our footprint very quickly…  We’re shooting for two years.”

Cable Labs, the company that designed DOCSIS 3.1, said that it can carry data at up to 10 GB/S, but only with the most advanced network structure and equipment. Howald said that Comcast, after its market trials of DOCSIS 3.1, will modify the technology and enhance it. “Then”, he said, “we’ll start to see more advanced features come into play.”

With DOCSIS 3.1 architecture, Comcast can provide 1 GB/S service on its existing Hybrid Fiber Coaxial network, which most of its internet subscribers use. Howald said that with the full implementation of DOCSIS 3.1, his company will offer 1 GB/S speeds at first, and faster services later. Howald did not say how much Comcast will charge for its DOCSIS 3.1 service.

As of 2014, the average residential internet speed was about 10 megabits per second (10 MB/S). The 10 GB/S speed Comcast is promising would be about 1000 times that.

10 GB/S broadband within three years? The goal may be ambitious. With recent technological advances, though, it’s not out of reach.

(For the best in high-speed internet, shop with Bundle Deals. Compare all providers and plans. Then order any service with just one phone call.)