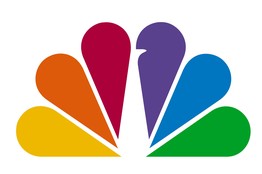 If you can’t beat ‘em, join ‘em. This seems to be the thinking of Comcast, the second-largest pay TV provider in the U.S., now that AT&T bought DirecTV. Tired of seeing its customers and advertising revenue poached by internet video upstarts such as Facebook and YouTube, the cabler is no longer content with playing defense. Comcast says it will aggressively pursue the streaming video markets currently dominated by its tormentors.

Provisionally titled Watchable, Comcast’s new service will stream unlicensed original content. Its partners in the effort will include Buzzfeed, Vox, and NBC Sports, which Comcast already owns, along with Refinery29, The Onion, Awesomeness TV, Mic, and Vice. The Onion is a nationally known satire website which began as a print publication. Refinery29, a  ten year old site catering to young women, began as a blog for fashion news, then branched out into other subjects in 2010. Awesomeness TV is a sketch comedy and reality series which began life on YouTube. Mic and Vice are news sites geared to millennials. Vice provides international news; Mic focuses on national news.

Comcast has not released complete list of partnerships or shows involved in its new platform. Some are still under negotiation.

At first, Watchable will be offered only to subscribers with Comcast’s advanced XFinity X1 receivers, but may be available later for iOS and Android devices. Reliable sources say that Comcast plans to replace all of its legacy set-top boxes with X1s within two years. With X1, you can stream video to your mobile devices, not just your in-home TV sets.

Comcast, which owns NBC Universal, is already the largest video advertising platform in the U.S. It wants to maintain its position in the face of competition from YouTube and Facebook, which have made huge dents in its advertising traffic.

Comcast is said to have been working on the Watchable project for a year and a half, but decided not to bring it to market while the FCC was reviewing its merger with Time Warner Cable.

Some analysts dismiss Watchable as a gimmick. Some say its only a defensive move to hold existing subscribers. It could threaten YouTube’s market dominance, though, if Comcast makes it available on devices other than its own boxes. We should know more about this by the end of the year.

(For any TV or internet service, shop with Bundle Deals. Compare all providers and plans here. Then order any service with just one phone call.)