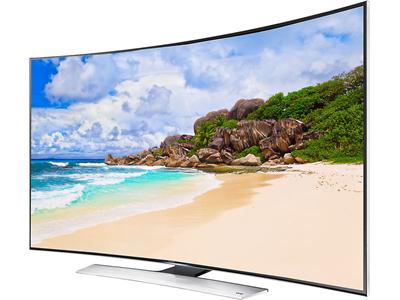 Should you buy a 4K TV?  It may be a good idea if you want the best possible picture you can get, you want it now. and you don’t object to paying a hefty premium for it. If your budget is limited, or if you’re not that picky about your TV picture, then you may want to wait for a year or two. 4K TV sets are expensive, but as the 4k standard becomes more common, more manufacturers will produce them, and market competition will force dramatic price cuts. This has happened with every major advance in TV technology.  High Definition (HD) sets once cost thousands of dollars each; now many of them sell for under $500.

Most video content will not be available in 4K for another year or two, anyway.

4k, in case you haven’t heard, is one of the hottest topics in the electronics industry. It is a revolutionary  advance in image quality, and most players in the electronics industry are scrambling to bring their own 4k TV  sets to market. Vizio, Sony, Sharp, Panasonic, Samsung, and LG all offer 4k sets, along with a fair number of less prominent manufacturers. Besides the TV and movies, the 4K standard is being built into cameras, smart phones, tablets, computer monitors, and video games.

To understand what 4k means, it will help you to know something about the images on your TV or computer screens. The picture is a grid, laid out in rows and columns of pixels.  A pixel is the smallest controllable element on a display screen. A full 1080p HD picture is 1080 rows high, 1920 columns wide.  The 4k standard nearly doubles each of these numbers, for about four times the total number of pixels. The 4k picture, then, is about four times as sharp as 1080p HD.

It’s unlikely that upgrading from HD to 4K will improve your TV experience as much as upgrading from standard definition (SD) to HD did.  When most viewers upgraded from SD, at 480 lines high, to 1080p HD, they got much larger screens, too. Display size is a much bigger factor in shaping the viewer’s experience than resolution is. New 4k Tv sets, though, are about the same size as the HD sets that have been on the market for years, the most popular models having screen sizes from forty to seventy inches. The extra resolution is a bigger advantage the closer you are to the screen. If you look at an HD TV picture beside a 4k TVpicture, you may not notice much of a difference from six to ten feet away, the typical TV viewing distance. From one to three feet away, more typical for sitting at a desk and looking at a computer screen. the increased resolution will be obvious.

There is very little 4K content available now. Every frame in a 4K picture carries four times the information in an HD frame, so any 4k video content will be of massive file size. Broadcast networks simply can’t handle 4k content yet, and only a few of the more advanced DVRs, with hard drives big enough to store and process the larger files, can record or play back 4k content.

If you stream your TV content over the internet, bandwidth limits could be a barrier to 4K. Internet service providers are already pressing Netflix to cough up extra cash because it gobbles up so much bandwidth, and this is with almost all SD and HD programming. with very little 4K. If you want to stream 4k TV content over the internet, you will need a download speed of at least 25 megabits per second, about two and a half times the average residential download speed in the United States.

Sony, Netflix, and Amazon have released a limited amount of 4K content, and many movies and TV shows are being filmed in 4K as a “future-proofing” measure.

Should you buy a 4K TV set?  If you want the sharpest picture available, you don’t mind paying a high price for a 4K TV set, and if  you have a fast enough internet service to handle the larger files easily, then 4K TV may be right for you. For most consumers, though, we recommend waiting until more movies and TV shows are available in the new format, and the internet has the capacity to handle it.

(Editor’s Note:  To get the most out of 4K TV, HD TV, or standard definition TV, use Bundle Deals to compare cable TV,  satellite TV, and internet providers. Then order service with just one phone call.)